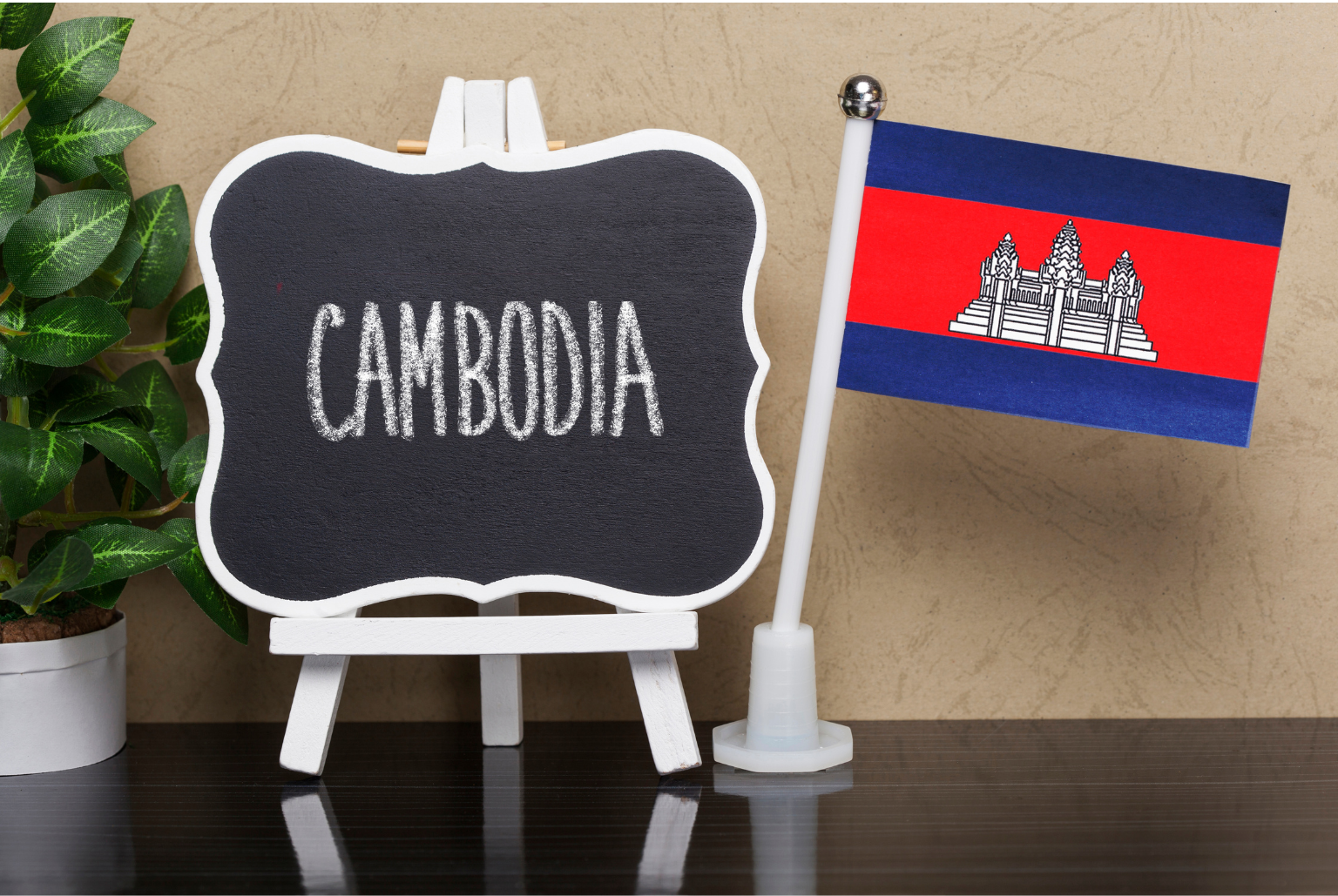 Every year, Cambodia attracts a large number of tourists to discover the mysteries of Cambodian culture and people. So, it is easy to understand why your customers would want to travel to this country. Paying tribute to its wonderful scenery, its ancient architecture and its people of Cambodia, here are 10 interesting facts about Cambodia that DMC Image Travel and Events find totally irresistible – and know your customers will too.

1. The most special national flag in the world

The first interesting fact about Cambodia is in the national flag of this country. In the world, apart from Afghanistan, the Cambodian flag is the only national flag in the world with an actual building printed on it.

The Cambodian flag consists of three horizontal stripes of blue and red, with a white image of Angkor Wat in the center. Blue is a symbol of freedom, unity, brotherhood and also symbolizes the king. The red color represents the courage of the whole Cambodian people. The white image of Angkor Wat in the middle of the flag is a symbol of the people's integrity and justice and at the same time symbolizes Buddhism - the main religion in Cambodia.

2. Angkor Wat - the largest religious building in the world

Angkor Wat (full name Prasat Angkor Wat) is a huge Buddhist temple complex located in northern Cambodia. Originally, Angkor Wat was designed as a Hindu temple, as that was the religion of the ruler of the area at the time, Suryavarman II. However, by the end of the 12th century, it was considered a Buddhist site. Angkor Wat temple also means temple city or city of temples. The word “Angkor” means “capital city” in Khmer, while the word “Wat” means “temple”. 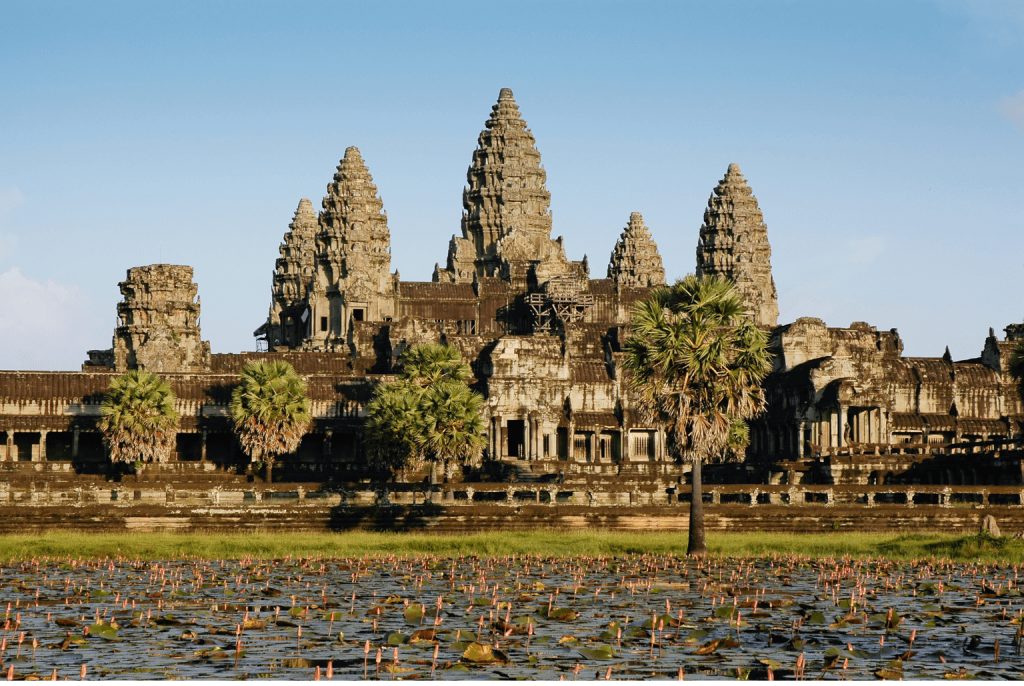 When your customers travel to Angkor Wat, they will be overwhelmed by the majesty, grandeur and unique Khmer architectural style. In addition, they also admire the meticulously carved statues of gods.

Interesting facts about Cambodia for you: The most sacred and dirty part of the body according to Cambodians. In Cambodia, the head is considered the highest part of the body and is also the most sacred place. Therefore, they do not allow anyone to touch their head even in the kindest way. On the contrary, the feet are the dirtiest part on the body according to their opinion. It is considered disrespectful to have your feet or soles pointed at people or objects, so feet must be tucked in when sitting. 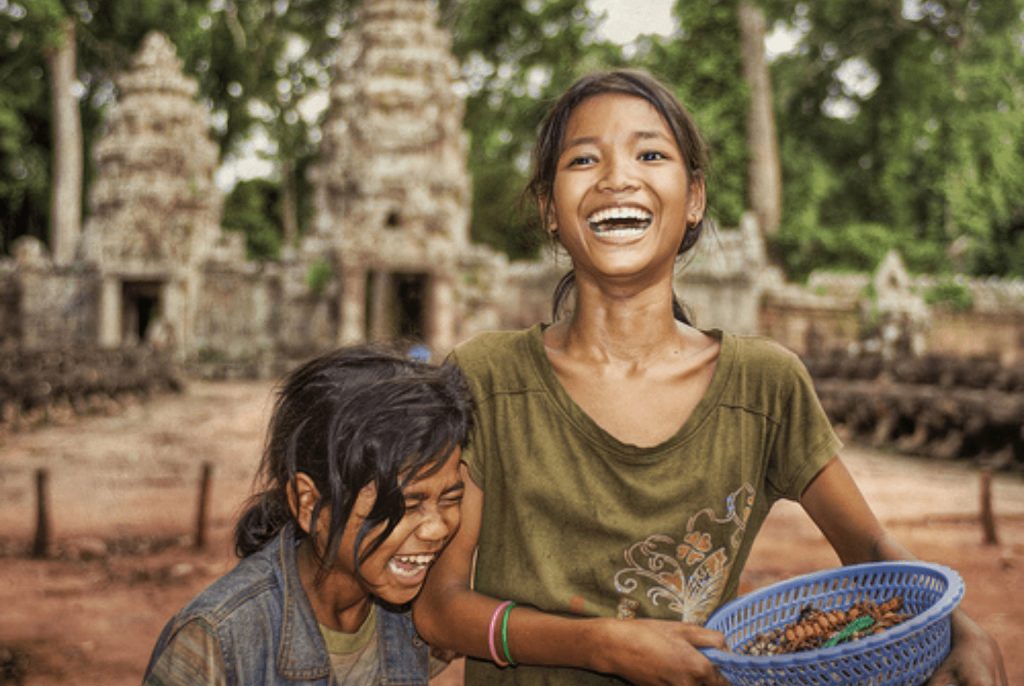 Each country will have its own concept, culture and customs. Therefore, contact your local partner for more useful information.

The traditional costumes of Cambodians have many different variations; however, they are still collectively known as Sampot, a type of costume associated with the typical culture of Cambodians. Sampots are suitable for both men and women, but they are used more by women. The Cambodian traditional costume is a piece of cloth about 3 meters long and about 1 meter wide. It is used to wrap around the waist, then pulled up between the legs and secured with a metal belt just in front of the abdomen. For the upper body, Cambodians will use Chang Pong - any fabric crossed across one side, the chest will be covered and only a little bit of the abdomen will be exposed, helping to enhance the charm of Cambodian women. 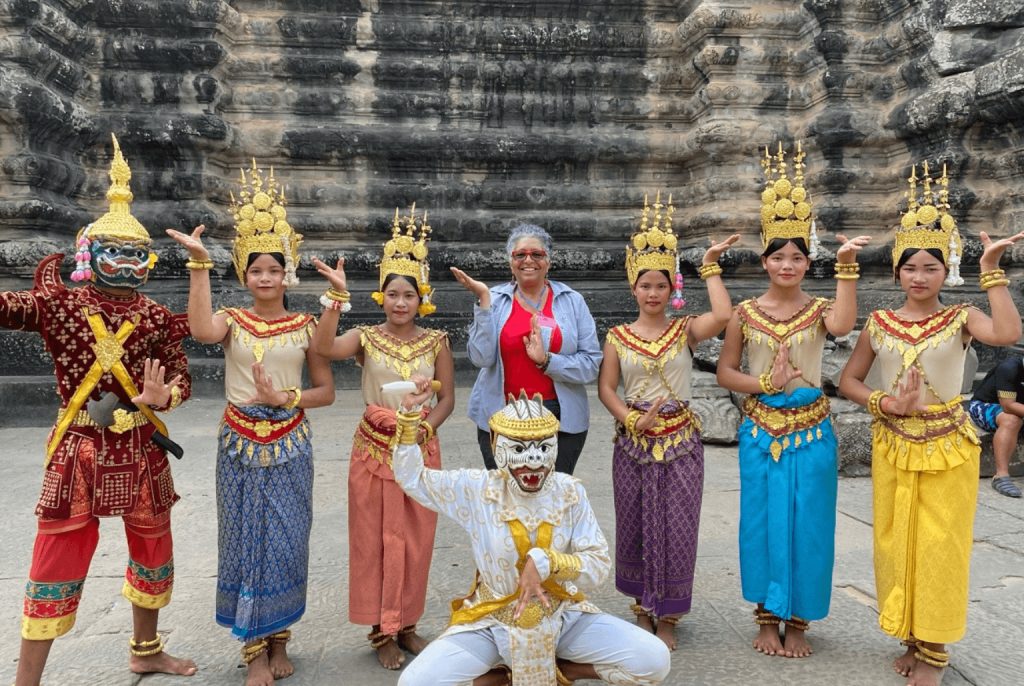 The Karma scarf is also a symbol of Cambodian traditional dress. Scarves are made of cotton or silk and can be used in many situations such as wrapping the neck, wearing a headband, tying food, making a hammock for babies or roping up enemies. 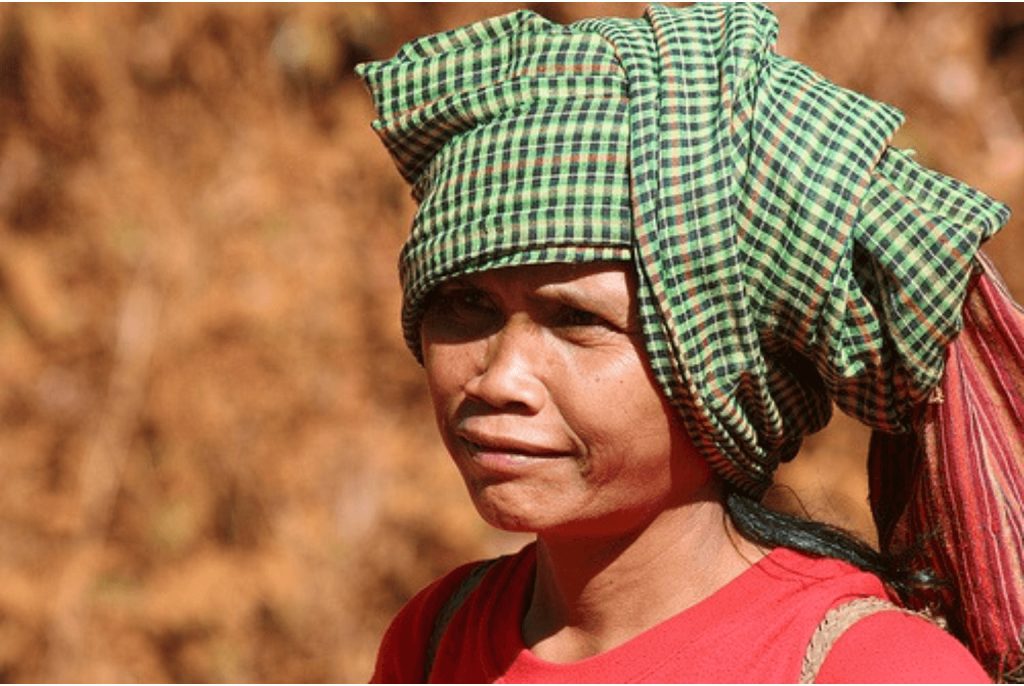 In the past, there were some types of Champot that were used exclusively for the upper class, but now most Cambodians and tourists can try all types of Champot. If your customers want to buy Champot as an anniversary gift, that also becomes easier.

In Cambodia, every time people meet, people will put their hands together in front of the throne like a lotus bud and accompanied by the saying "Chumreap sour". In Khmer, the word "Chumreap" means "respect", so it is often used in daily life when greeting or saying goodbye to each other. 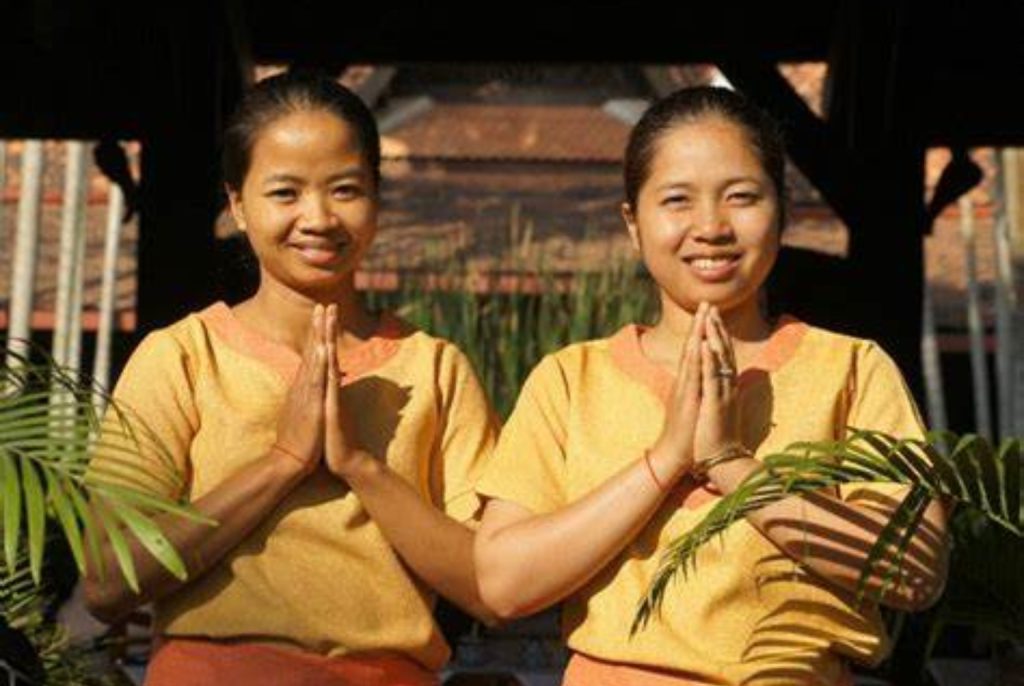 Greetings may vary by audience and age. Holding hands in front of the chest is to greet friends and children. At mouth level (under the nose) is a respectful greeting. Under the forehead is to greet monks, grandparents, teachers, parents. On the forehead, over the head is to greet the king.

The greeting ritual of Cambodians comes from a deep spiritual meaning, not just like the etiquette of Westerners. Because the Khmer believe that the head is the most sacred position of a person, the act of clasping hands like a lotus bud is an act of showing high respect. Because the lotus is considered a symbolic flower of the Buddha, it is a very precious flower for religious believers. That is why this traditional greeting has become one of the interesting facts about Cambodia.

6. The pinnacle of spice mixing

Cambodian cuisine is strongly influenced by Indian and Chinese cuisine, most of the dishes are sweet, spicy and fatty. However, Cambodian cuisine still has its own unique flavor thanks to the way people mix spices that have reached an artistic level. The spices used in the dishes are often mixed with many ingredients that bring out a very attractive taste. Cambodians often use ingredients with specific flavors such as cloves, cinnamon, garlic, chives, lemon, coriander to prepare dishes. The taste of this mixture is delicious, but it would be extremely difficult to remake without a recipe. 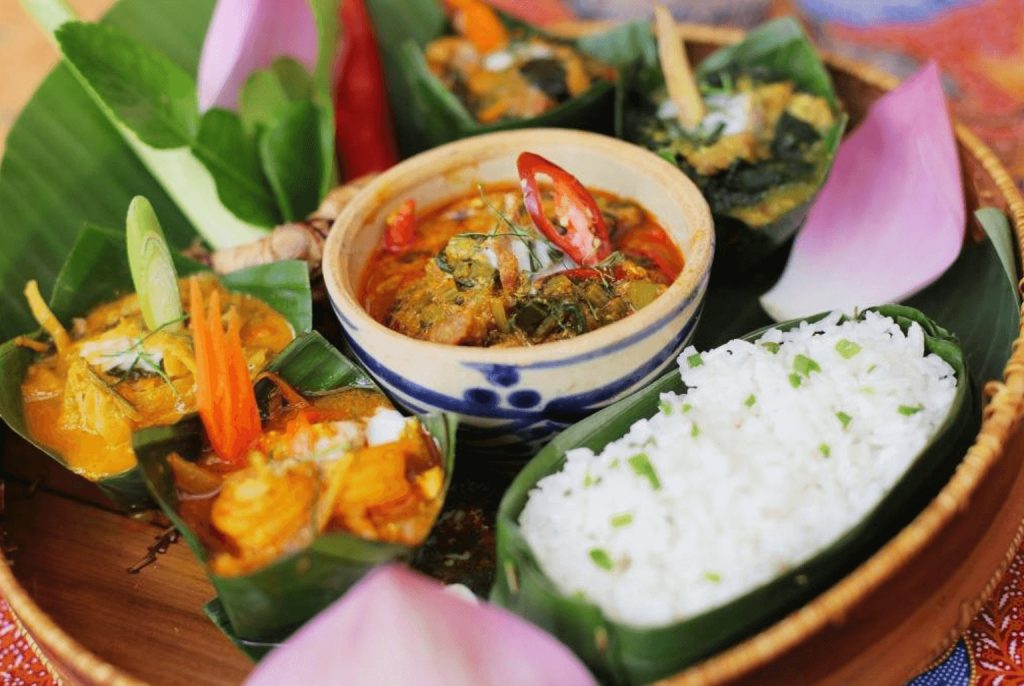 Cambodia is also home to some of the scariest dishes in the world. For them, insects are a unique and delicious source of ingredients to create dishes. So, when your customers come to visit here, they can also enjoy new dishes from insects, a unique experience that they can remember forever. 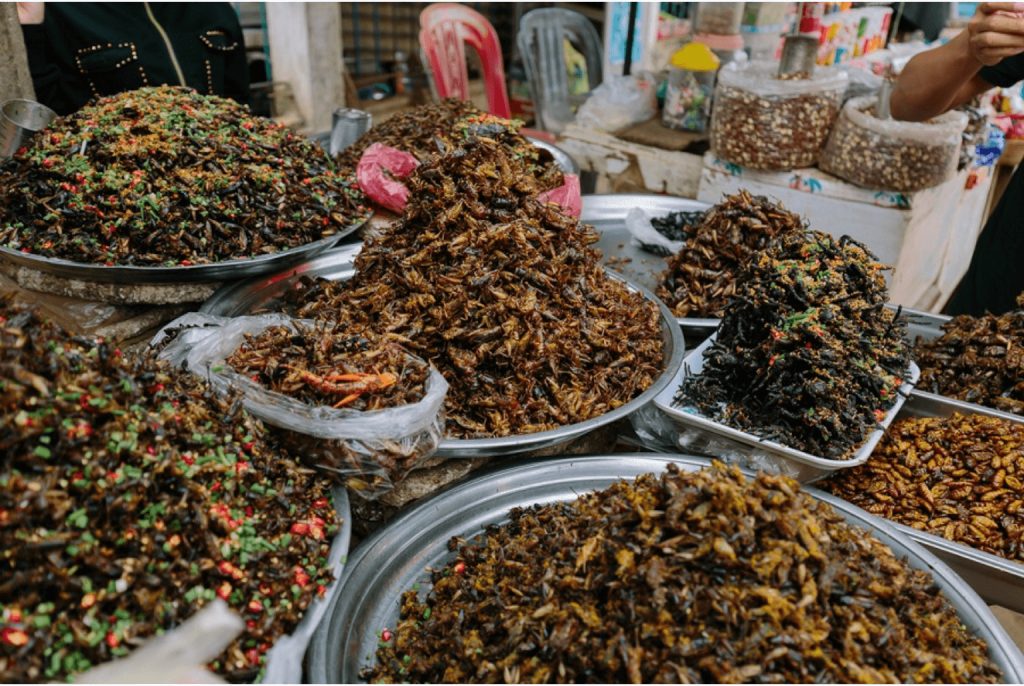 Interesting facts about Cambodia that we will discover is the traditional Chol Chnam Thmay New Year. Chol Chnam Thmay is held around mid-April every year. According to local people, this is the time of intersection between the rainy season and the dry season with lush vegetation, considered as the beginning of a favorable year. The festival wishes for a new year with favorable rain and wind, and a bountiful harvest.

Chol Chnam Thmay is the most exciting time of the year for Cambodians, they prepare new clothes, clean the house, prepare delicious meals together for the family. Besides, this is also an opportunity to look back to the past to remember ancestors and deceased relatives. It can be said that Cambodians celebrate Chol Chnam Thmay New Year both to remember the past and to pray for good things in the future. 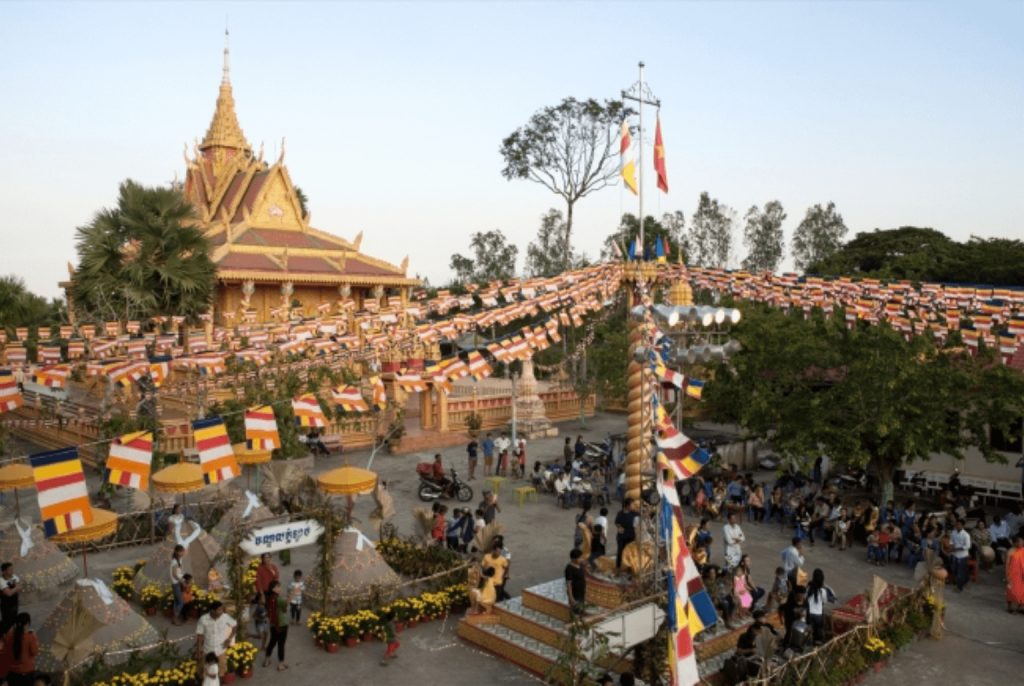 If your customer trip is right on this occasion, that's a great thing. They can join the local people in the vibrant atmosphere of this festival.

For Cambodian culture, the wedding ceremony is very important. Traditional weddings are filled with rituals and colorful costumes. The bride will appear with her hair in a high bun, a wreath on her head, long sleeves, and a red scarf. And the groom wears a white long-sleeved shirt, wrapped in a red blanket. 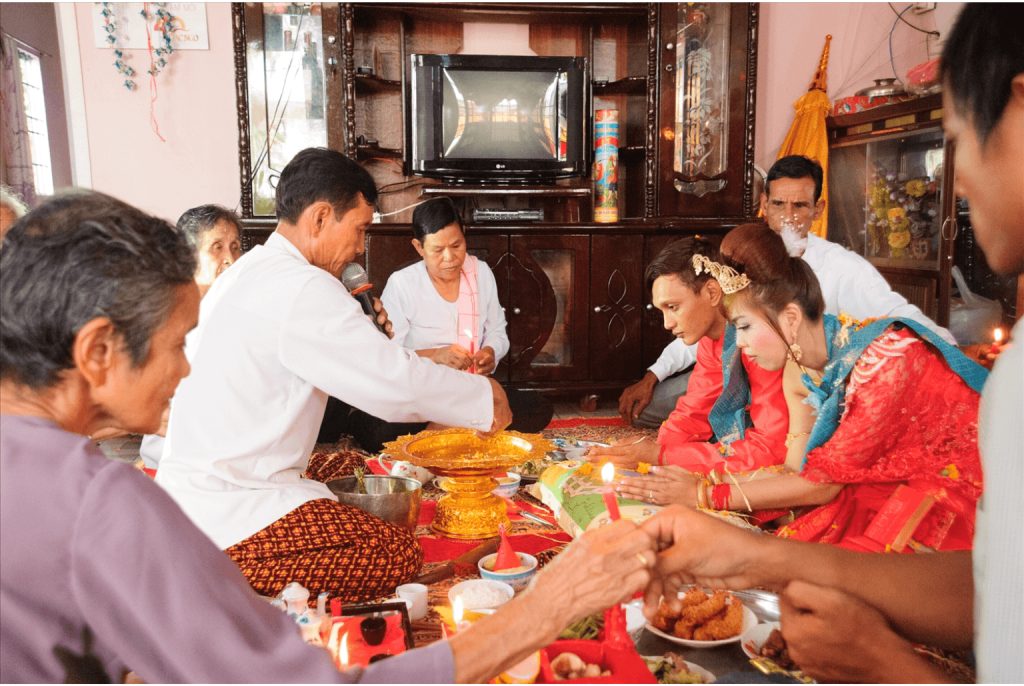 This wedding ceremony can last up to three days and three nights.

Early in the morning of the second day, parents and friends of the two families went to the bride's house to hold an ancestor worshiping ceremony, pray and bless the young couple. In the afternoon, the hair cutting ceremony is held. Finally, there is the chanting ceremony, which will be conducted by the monks.

On the third day, the traditional marriage ceremony will take place. The ceremony is presided over by an elderly person, mostly held in temples.

In Cambodia, there is almost no shadow of public transport such as taxis or buses. Instead, when your customers can easily see Tuk tuk constantly moving on the road, especially in Phnom Penh. Normally, a Tuk tuk can carry 4-6 people. Tuk tuk drivers can speak English, Cambodian and Vietnamese. 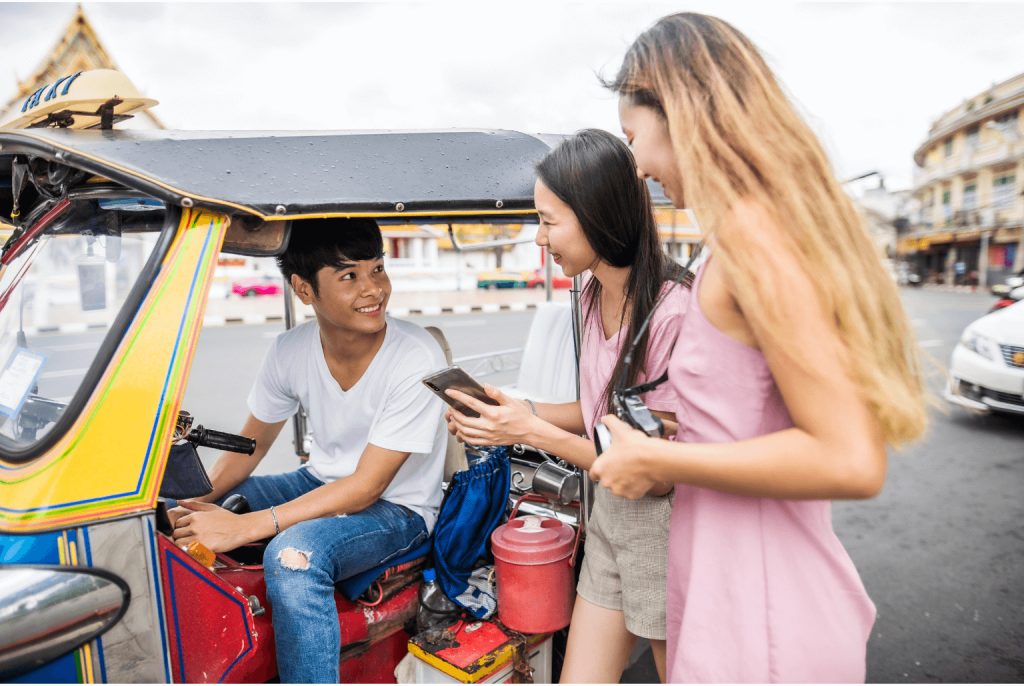 However, when tourists travel by this vehicle, it is also very easy to encounter cases such as fraud or too high prices. Therefore, contact your trusted local partner who can help your customers have a safe and enjoyable experience.

Tonlé Sap is an irrigation system that combines rivers and lakes in Siem Reap province. It is also known as the largest freshwater lake in Southeast Asia and was recognized by UNESCO as a world biosphere reserve in 1997. The name "Tonlé Sap" also means a large freshwater river, but tourists as well as people here are used to calling it Big Lake, indicating the vastness of the immense Tonlé Sap without seeing the shore. 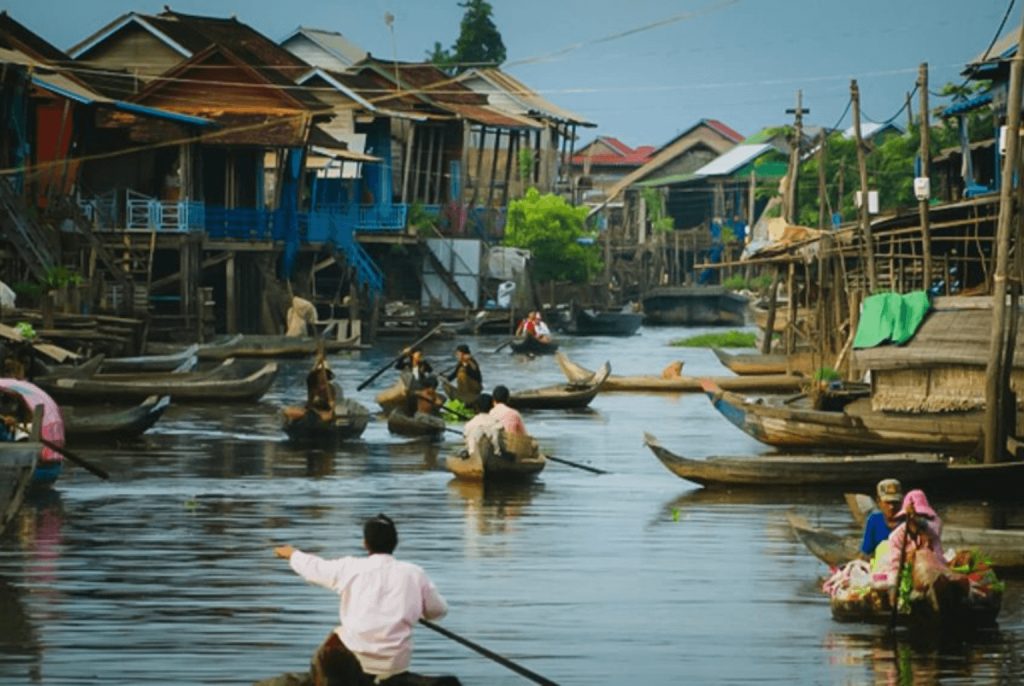 Because Cambodia is directly affected by the monsoon, in each wind season, the area and shape of the lake will change. In the dry season, the water level of the lake is quite shallow, only about 1m, the surface area of the lake is narrowed. When in the rainy season, Tonlé Sap turns against the flow, making the lake area become very large. Here are suggestions for the best time to visit Tonlé Sap.

This is an ideal place for your customers to visit all year round. However, depending on the purpose of the customer's trip, we will design the tour to suit their requirements.

Summary of the 10 interesting facts about Cambodia

We have provided many interesting facts about Cambodia so you can know more information about Cambodian culture, nature, cuisine and people. If your customers want to travel to Cambodia, do not hesitate to contact us - your trusted local partner. 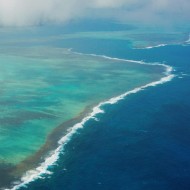 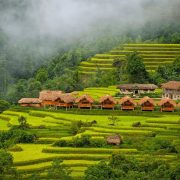 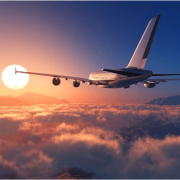 How to find a cheap flight to Vietnam? 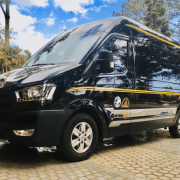 What means of transport in Vietnam? 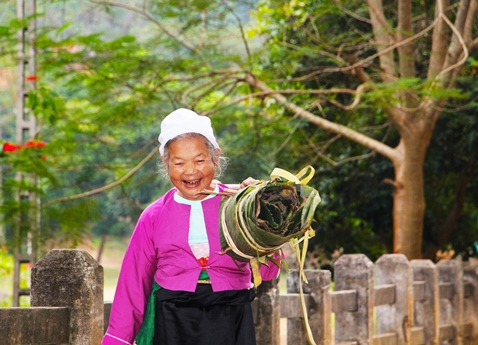 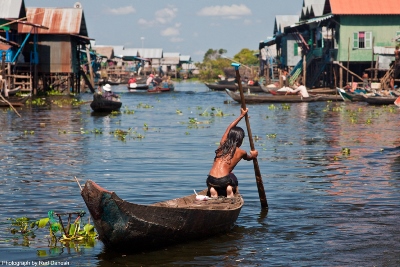 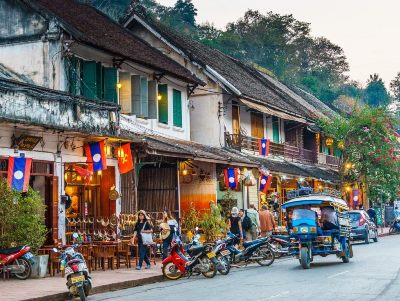